How & Why Dre & Bow's Marriage is Falling Apart on Black-ish.

Are you as devastated as I am about Dre & Bow talking divorce on Black-ish?

From the last episode, I counted at least 12...yes 12 marriage KILLERS that are putting them on the brink of divorce. I'll outline just 3 here for the sake of brevity and hope that you see some warning signs for yourself before it is too late.

Emotional Flooding- this occurs when your heartbeat rises above 100 bpm and you are physiologically overwhelmed. Remember when Dre & Bow were arguing in front of the kids and knew they should table the argument for later because the kids were watching…but they just had to take that last stab at each other’s feelings?

That’s emotional flooding-where your emotions get the best of you. When you feel flooded (either partner), you should just stop because everything after that is usually bad news. You’ll apologize tomorrow but the damage will have been done. Dre and Bow realized their error in the yard afterwards, but the kids were already emotionally traumatized.

What happened as a result of Dre and Bow not calling time out due to being flooded? They traumatized their kids by allowing them to see hostile conflict between the two people who are supposed to be protecting their feelings. Parental conflict stresses each partner but at least they can take a side. Children, however, are the true victims because they are loyal to both parents, and thus, psychologically ripped in half.

They should have just stopped, calmed down and shielded their children from their distress.

Easier said than done though, right? It takes skill to have self-discipline in the heat of battle.

Negative Sentiment Overload- this is when your marital issues have piled up beyond capacity and all you feel about the marriage is negativity. Imagine a bathtub overflowing and water soaking your tennis shoes… all you feel is wet, right? Even though the rest of your body is dry, your focus is 100% on the problem. Couples who experience N.S.O literally cannot emotionally connect with the good parts of the marriage. Everything feels awful. Memories of the good times (wedding day, vacations, childbirths, staying on the phone all night, holidays, etc.) feel foreign and you don’t even know why you married your partner in the first place.

In order for marriage to survive, it needs a 5:1 ratio of positive to negative to feel good. By contrast, couples who are on the verge of break up, separation and divorce have a 1:1 ratio of negative to positive, and that feels awful.

Remember math, a negative times a positive equals a…NEGATIVE. The same holds true for marriage. It must be overwhelmingly happy to withstand stress and negativity to survive. It’s just like a bank account, a $100 deposit followed by a $100 withdrawal will leave you broke. The same holds true for marriage…you’ll be emotionally broke and maybe in debt!

Contempt- this is very dangerous and the BIGGEST KILLER of relationships. It happens when you make sweeping statements about your partner’s character. Remember when Bow told Dre, “You exhaust me!” That was a shot straight to the soul!

Other common statements that express contempt are:

“You are just plain dumb.”

“Who does that to someone they love!

“You are a basket case.”

“You’re the most insecure person I have ever met.”

When contempt rears its ugly head, your marriage is headed for tough times. You must reverse contempt quickly because it will quickly kill everything…even your desire to try to make the marriage work for the kids. Contempt takes no prisoners…everyone must die.

Dre and Bow have been fighting too long and contempt is killing their marriage. However, you don’t have to repeat their mistakes because you can do something about it.

You can literally learn from their mistakes. You don’t have to end up like Dre and Bow. Your marriage can live and not die! Cue up Darlene McCoy’s hit song lol.

Do any of these marriage killers from Dre & Bow’s conflict on Black-ish strike a cord of fear or concern with you?

I want to help. I can help. I will help!

Here’s what happens next…

Sign up for a FREE workshop- HOW TO AVOID THE FOUR BIGGEST MARRIAGE KILLERS (even if you are just dating) right now and I’ll do the rest. I’ll show more marriage killers and give you a resource to fix each one.

It’s online, so you can watch at home with your better (or lessor) half lol.

It always fills up because the pain of marital and relationship conflict is deep and cost too much not to do something about it.

P.S.- As a special bonus, I am covering how ENVY derails power couples (when one spouse is doing is better or has more ambition than the other…also known as “unequally yoked” this time. You do not want to miss it! 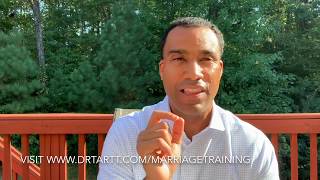 4 Characteristic of Weak vs. Strong Marriages... 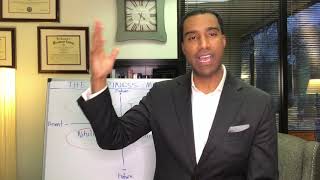 How To Make Your Marriage Better: Marital Masters Versus Marital Disasters (The Value of Marriage)

The Four Qualities To Tell If Your Marriage Is In Trouble

How To Complain & Get Your Spouse To Actually Listen & Change